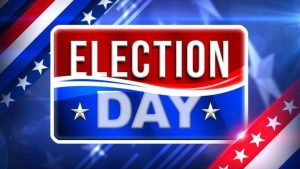 Anyone who’s checked out my Tweets, Facebook or LinkedIn feeds knows that I was both dumbfounded and disappointed by the election results. I still don’t have a definitive answer as to why so many of my fellow citizens saw the race – and the candidates – so differently than me. I don’t believe those who claim it’s a tidal wave of racism, misogyny and xenophobia, that it was fake news, Jim Comey, Russian hacking and the useful idiocy of Wikileaks, the weakness of Secretary Clinton as a candidate or a failed turnout operation…but I think all of those factors played a role in the outcome. I do think many of us – including me – underestimated the depth of anger and unhappiness in the electorate, the belief that “this isn’t working” for individuals, families and communities. I know I also grossly underestimated how many of those voters felt strongly enough about the need for change to see a better choice in Mr. Trump or to conclude, “At least it’ll be something different.”

There’s a lot of gnashing of teeth, tearing of hair and clothes about what the election signifies for the practice of communications. Does Mr. Trump’s success – despite his documented lack of truthfulness and accuracy – suggest that facts and words no longer matter? Is consistency overrated, transparency no longer desired? Do people want leaders who tell them what they want to hear instead of what’s really going on?

I persist in believing that the answers to these questions are all “No.” I believe people – whether they are employees, shareholders, customers, neighbors or another stakeholder – want what they’ve always wanted in terms of communications:

These qualities are particularly important when the topic under discussion is people’s lives, jobs, families, communities. Honest, empathic, accurate communications lets people understand how a situation affects them, what their options are and why something is happening. We want these sorts of communications from our employers, from our elected officials, from our regulators, from powerful corporate interests and from upstart activists standing in the streets.

This standard, by the way, leaves plenty of space for advocacy and principled disagreement. I believe our society really does subscribe to the notion – popularized by Senator Daniel Moynihan – that everyone is entitled to their own opinion but not their own facts.

Interestingly, those responsibilities have become tougher – and more important – in the Internet era. What was once heralded as the great leveler in terms of access to information, audiences and knowledge has also become the single greatest delivery system for misinformation ever invented. The long-term view suggests that we’ll adapt to this new world and develop better immune systems, but the short-term view is decidedly more mixed.

May you live in interesting times.